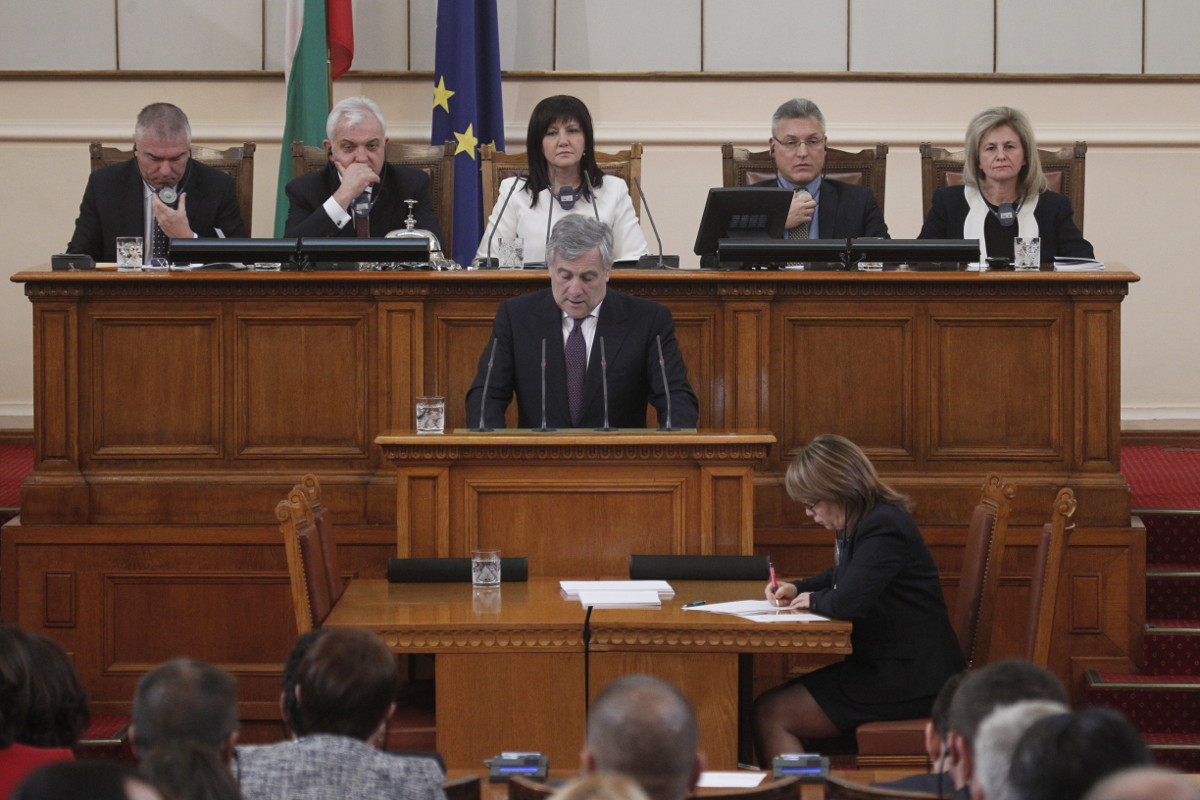 EP President Antonio Tajani has called upon the National Assembly to participate actively in the debate on the future of the European Union. Antonio Tajani has addressed the Bulgarian MPs. He is on a working visit to Bulgaria together with the members of the Conference of Presidents of the European Parliament.
I am confident that, as has always happened in difficult times, Europe can count on you and the value, intelligence and passion of this ancient European nation which you represent, said Antonio Tajani. Our future is to be together, “united we stand strong”, said the EP President at the end of his address before the National Assembly.
The European Parliament started an extensive debate on the future of the EU and the type of reforms we need, and the contribution of national parliaments in this debate is of key importance, said Antonio Tajani. In his words, the legislative institutions have an opportunity to explain to their voters the concrete added value that Europe brings to their everyday lives. National parliaments do not compete with the European Parliament, on the contrary, they are its best natural allies in bringing the EU policies closer to European citizens, added the EP President.
The relations with national parliaments are very important to us, the subsidiarity principle is one of the most important fundamental principles of the European Union, said Antonio Tajani. Your task is to check whether we always follow these principles and it is key to have cooperation between national parliaments and the European Parliament, he added.
The EP President identified three key challenges that the EU is facing: the economic crisis, the unprecedented migration phenomenon, and the threat of terrorism. These are the main concerns of our citizens, to which EU institutions should respond adequately, said Antonio Tajani.
The countries and regions in Europe are not contrasting units, but complementary levels of this multi-level governance, which seems to be the only solution to the complex problems today, said the EP President. In order to make everything functioning, we need efficient institutions that are able to meet the challenges, he added.
Bulgaria is preparing very well for the forthcoming presidency of the Council of the EU, which starts from the beginning of next year, said Antonio Tajani. He said that the Bulgarian government’s choice to make the presidency close to the citizens was very appropriate. The EP President commended the MPs and the Bulgarian authorities at all levels for the progress of the country in the past few years.
Bulgaria deserves the appreciation and applauses of EU member states for the way it protects its borders, said the EP President. Antonio Tajani stated that the EP was a firm supporter of Bulgaria’s joining the Schengen area. I expect and wish that an agreement on this was soon reached in the Council of Ministers, he added.
What unites us today is our common responsibility to European citizens: to map together the road towards a secure, fair and prosperous Europe, said Speaker of Parliament Tsveta Karayancheva at the opening of the plenary session. She introduced the guests and emphasised that the EP’s support was needed for the success of the Bulgarian presidency. It is important to reach a consensus on the topical issues of the EU, said the Speaker of Parliament.
The plenary session was attended by ambassadors of EU member states and Western Balkan countries, and members of the EP Conference of Presidents.
Before making his speech in the plenary hall Antonio Tajani talked to Speaker of Parliament Tsveta Karayancheva. 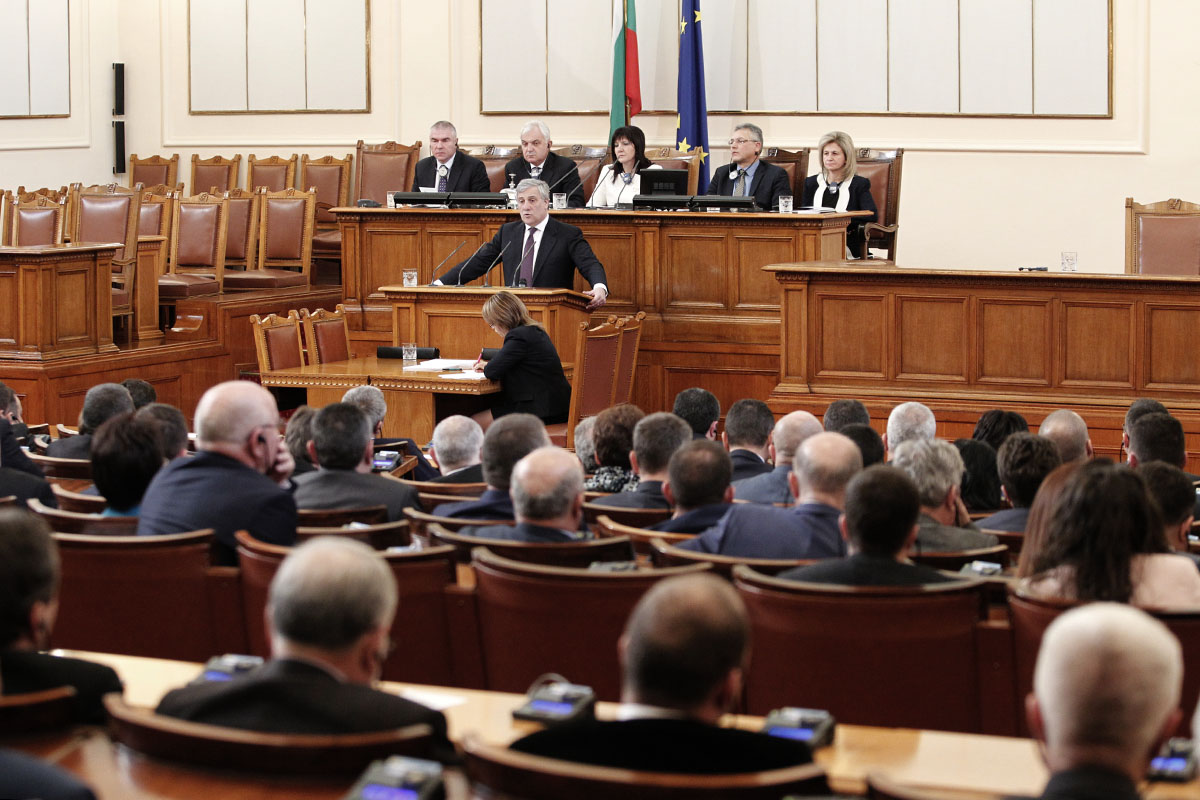 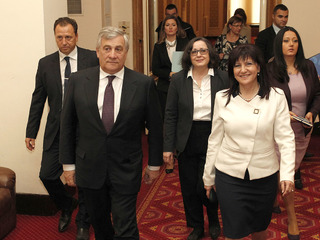 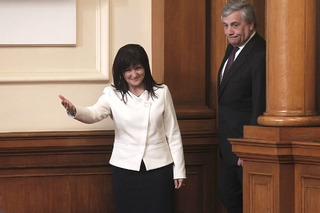 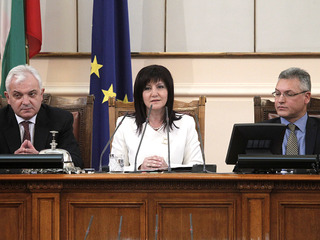 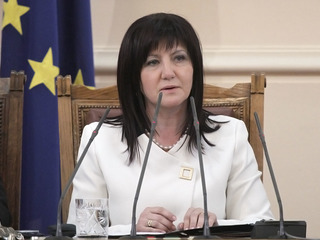 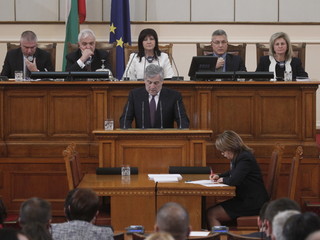 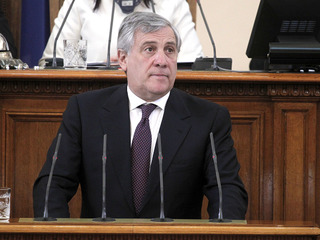