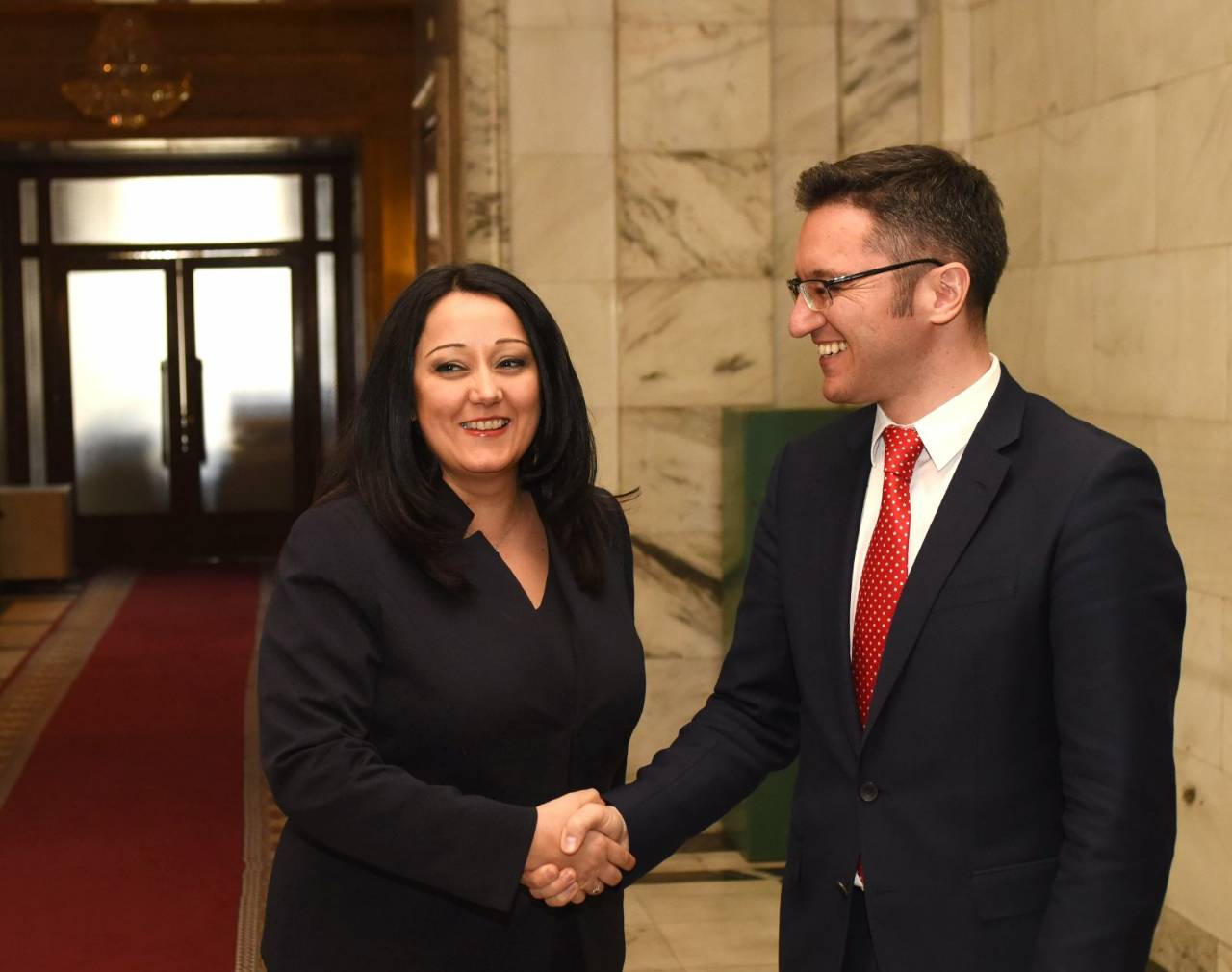 Three months after the start of the Bulgarian Presidency of the Council of the EU the Committee on European Affairs and Oversight of the European Funds conducted a hearing of Minister Lilyana Pavlova on the progress in implementing its priorities.

Minister Pavlova presented to the MPs information on the development of negotiations on separate legislative acts and files, which are in the focus of the Presidency and its team of nearly 1500 people, as well as short statistics on the popularity and public interest in the events, activities and topics of the Presidency.

She provided information that to this moment in Sofia 100 of the planned 320 events in the calendar have already been held with the participation of about 10,000 delegates and guests. The statistics, in the words of Minister Pavlova, show that during the first two months of the Presidency nearly 1600 accredited international journalists from 20 countries, including outside Europe, were involved in the coverage of the events. On the basis of constant media monitoring, the Minister commented that in the Bulgarian and foreign press so far 17,990 materials have been published for the Presidency, only 5,6% of them being negative. The largest number of them are articles about the Western Balkans.

In the words of Minister Pavlova, the highest interest in the Presidency, except in the key cities of Sofia and Brussels, is also observed in London.

The Minister also pointed out the high percentage of people who follow the topics and events through the online platforms and social networks, with a significant proportion of the 25-34 age group.

Regarding the work on individual legislative files, Lilyana Pavlova informed that for the first three months of the Presidency 726 meetings of the Council preparatory bodies and the thematic working groups, including 64 trilogues between the Council, the European Parliament and the European Commission, were held on 35 files in the framework of the meetings of Deputy Permanent and Permanent Representatives of the Member States in Brussels.

According to the Minister, at the moment, texts on 10 legislative files have been finalized, including the so-called regulation on geo-blocking that removes geographical barriers to e-commerce, the common framework for the provision of better skills for services and qualifications (Europass), the regulation on the cross-border delivery of parcels, the package of energy efficiency measures for buildings and fulfilment of commitments under the Paris Agreement. Minister Pavlova said she expects by the end of May to reach agreements and complete the trialogues on seven more files, one of which is the Posting of workers Directive, an agreement on which was reached at the beginning of March and which is reported as an important success for the Presidency.

Over the past months, Bulgarian teams have focused their attention and work on the statute and funding of European political parties and foundations in connection with the forthcoming European elections, the Commission initiative to revise the European Citizens' Initiative regulation to more effectively involve citizens in the process of decision-making, the Anti-Fraud Directive in the context of e-commerce, the creation of a European Public Prosecutor's Office, etc.

With regard to the Presidency's thematic priorities, the Minister informed that the subject matter preparations for the Western Balkans Summit have been launched with a draft political declaration as well as an annex thereto, which will outline specific strategic infrastructure projects for transport , digital, energy connectivity with hybrid financing. According to Pavlova, this will give a practical dimension to the Union's political commitment on the European perspective of the region.

On the priority of security and stability, Lilyana Pavlova informed that with respect to the reform of the European asylum system, the Presidency managed to take the process to a new stage, given the blockage and impossibility during the previous four presidencies to reach an agreement among Member States on relocation and the Dublin Regulation. Lilyana Pavlova noted that Bulgaria as Presidency has proposed a new approach and a new philosophy to working on the file by presenting a comprehensive crisis management plan. It is expected by the end of May to be clear whether the compromise sought on the alternative proposal of the Bulgarian Presidency will be achieved.

Another key topic that is the focus of the Presidency is the debate on the future of Europe, seen in the light of discussions on the planning of the European budget after 2020 and the need for the Cohesion Policy to remain a leading European investment policy. Based on the ongoing discussions, including at ministerial level, in the words of Minister Pavlova, it should be noted that a large number of member states believe that Cohesion Policy should be maintained, albeit optimized and with reduced scope, considering its importance for the more backward and poor regions.

The Chair of the Committee on European Affairs and Oversight of the European Funds Mr. Kristian Vigenin recalled that, according to the Resolution of the Bulgarian parliament dated 1 December 2017, the respective ministers should inform the relevant standing committees about the fulfilment of the priorities of their competence given the specifics of the issues, but also in terms of accountability and transparency. In this regard, Vigenin noted that two meetings of the European Council have already taken place and the Bulgarian Prime Minister is expected to inform the National Assembly about their results.

The sittings of the Committee on European Affairs and Oversight of the European Funds  are open, broadcast directly on the website of the National Assembly, and their minutes, audio and video recordings are made available within a week after the meeting. 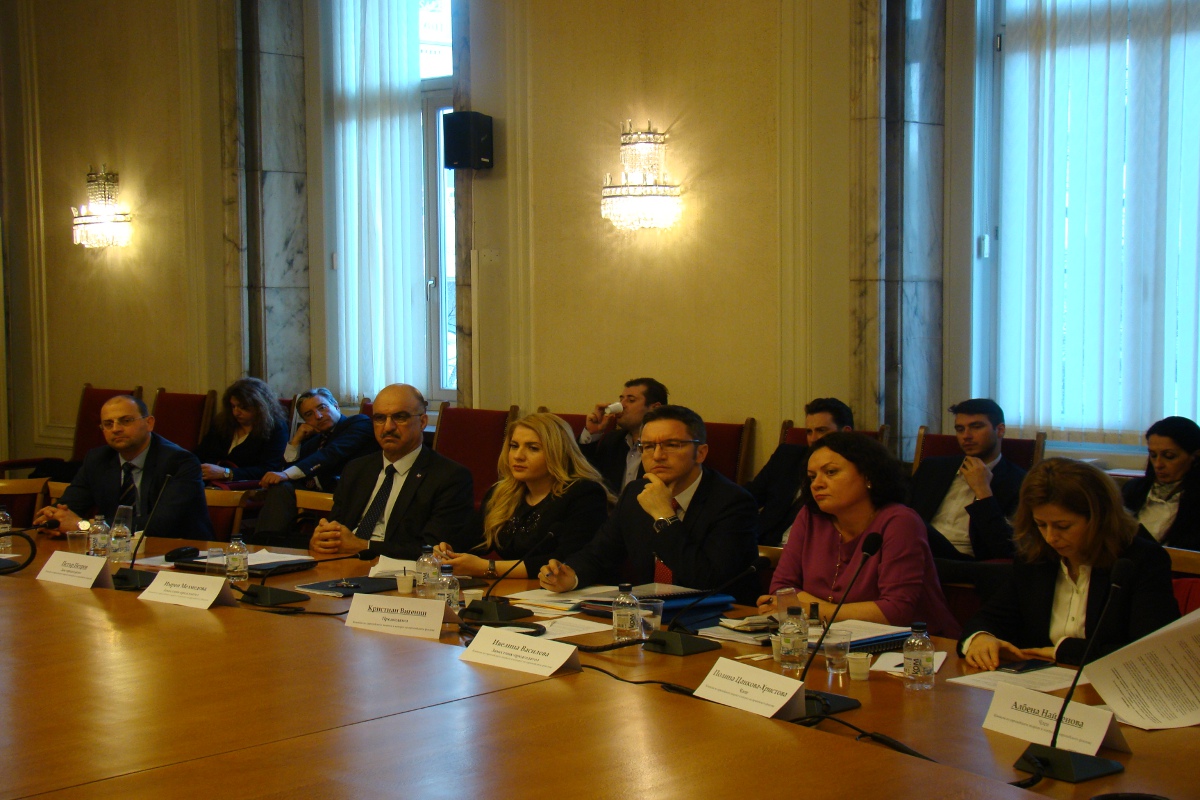 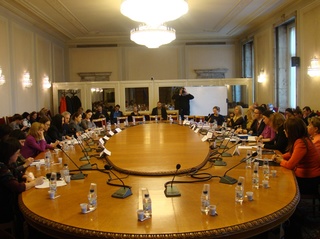 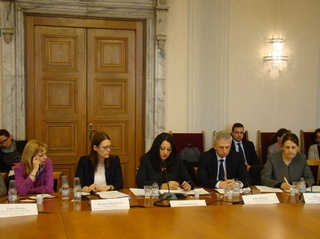 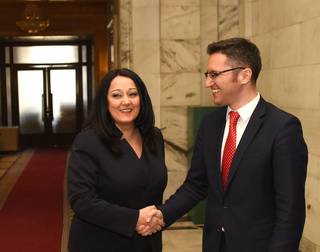