For a better functioning of the Eurozone it’s important to successfully complete the structure of the Economic and Monetary Union, said the President of the Eurogroup Mario Centeno to the participants in the Interparliamentary Conference in Brussels 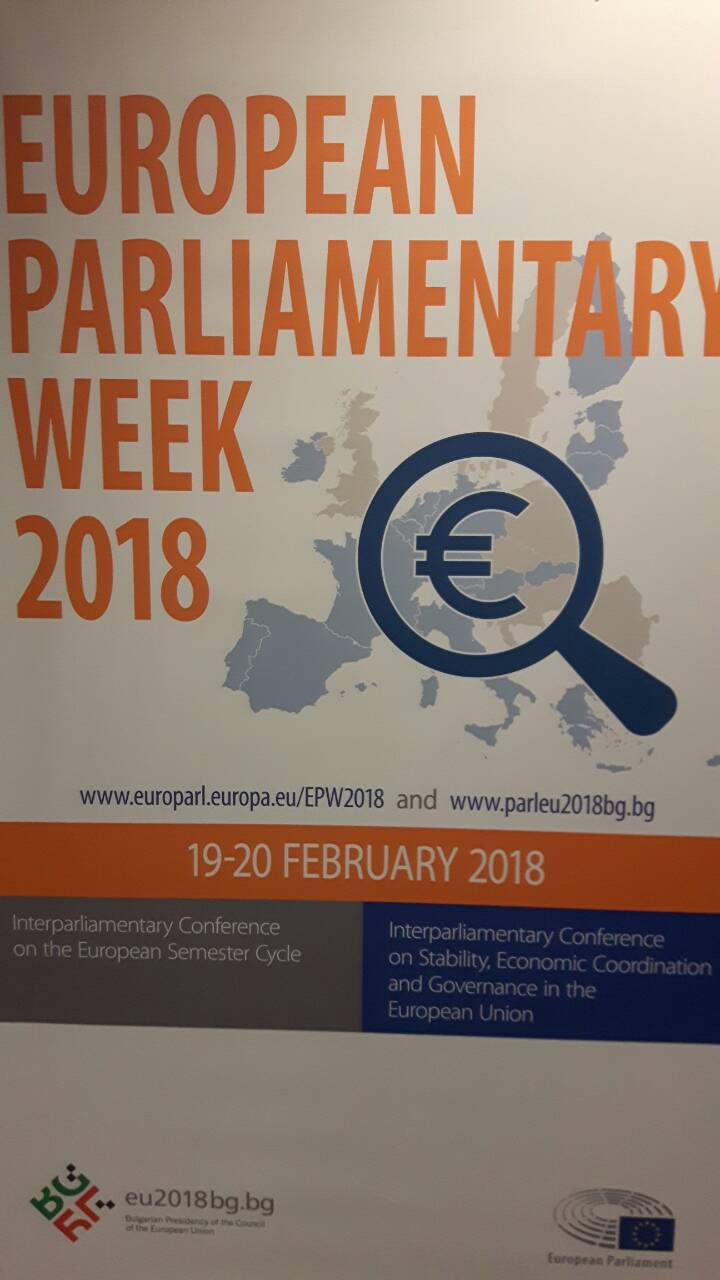 For a better functioning of the Eurozone, it is important to deepen and complete successfully the structure of the Economic and Monetary Union. This stated the President of the Eurogroup Mario Centeno in front of the participants in the Interparliamentary Conference for stability, economic coordination and governance in the EU. The two-day forum, organized by the European Parliament and the Bulgarian National Assembly, is the third event in the framework of the Parliamentary Dimension of the Bulgarian Presidency of the Council of the EU.

The main risk facing us is the risk of inaction, because if we don't reform the Eurozone and make it stronger and more capable of dealing with the next crisis, we would leave our job undone, said Mario Centeno. We have to deal with the risks that we have inherited, but also with the risks that come from outside, he added. According to Mario Centeno only by following the roadmap for the completion of the Economic and Monetary Union, we will succeed in making it more secure.

The financial resources of the EU and our capacity to use these resources will be a key factor in the implementation of all common policies, stressed the President of the Eurogroup. We should be looking for financial resources and adapt them to our most urgent objectives, the Economic and Monetary Union has to be more sustainable, he added.

The Chairperson of the Committee on Budget and Finance of the National Assembly of the Republic of Bulgaria Menda Stoyanova opened the floor for discussions and noted that she expects with interest to hear information on possible future initiatives that will shape the Eurozone and in particular its macro-economic management, as well as the completion of the Banking Union. Bulgaria will actively work for the deepening of the Economic and Monetary Union, both during and after its rotating Presidency, she said.

The European Commissioner for Budget and Human Resources Günther Oettinger pointed out that the new 7-year financial framework is being prepared and the project will be presented on 2 May 2018. I'm looking for a package acceptable for everyone, but first of all I want to hear your expectations, the expectations of the citizens, what you expect from the EU, referred to the parliamentarians Günther Oettinger.

During the closing plenary session, the parliamentarians from the EU Member States discussed the next Multiannual Financial Framework. In the discussion participated the Chairperson of the Committee on Budgets of the European Parliament Jean Arthuis and the Chairperson of the Budget and Finance Committee of the National Assembly of the Republic of Bulgaria Menda Stoyanova.