Common task of national parliaments and the EP is to work to increase economic growth, reduce unemployment and raise living standards in the EU, is the opinion of participants in the Interparliamentary Conference in Brussels 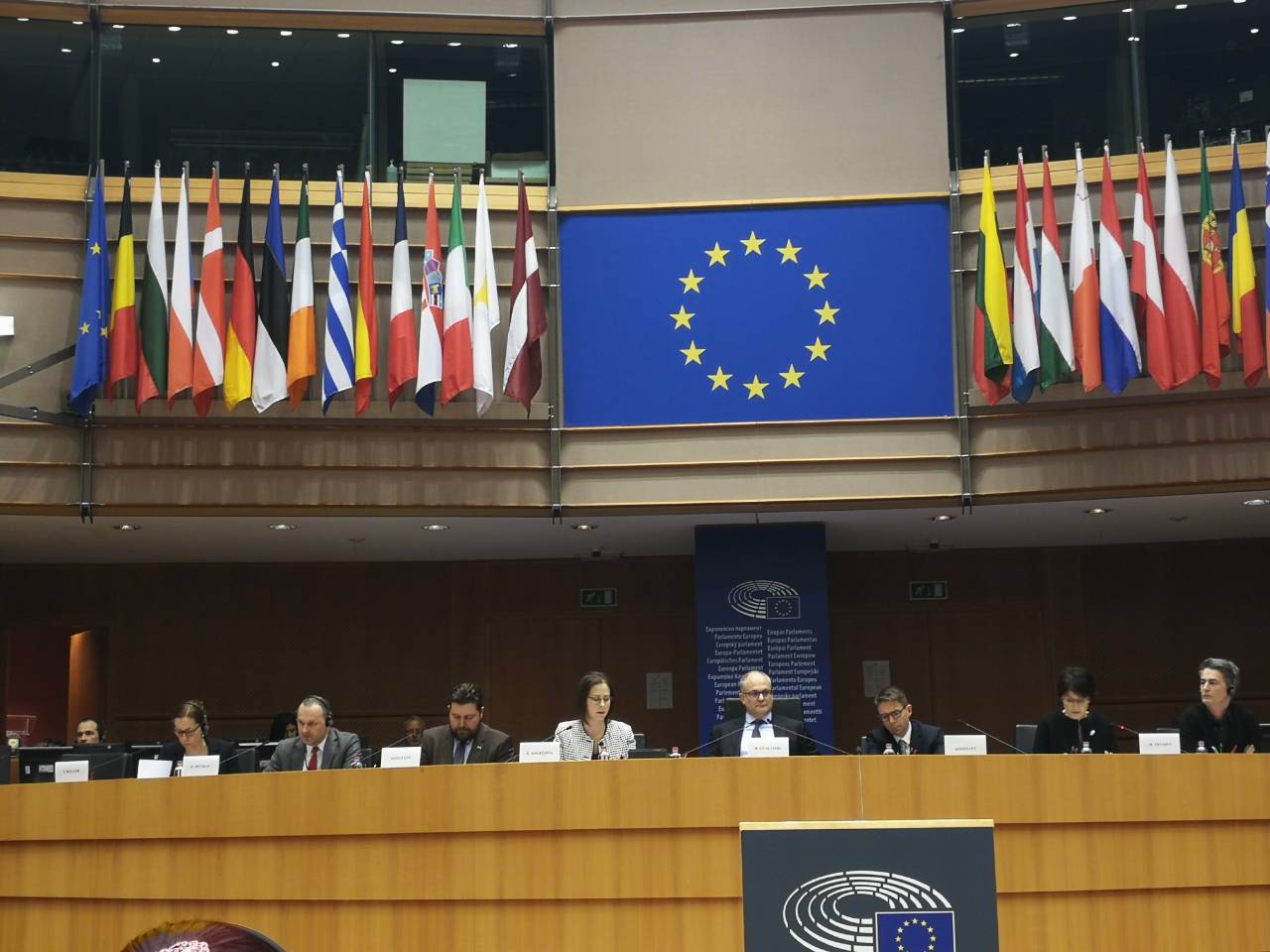 Common task of national parliaments and the European Parliament is to work to increase economic growth, reduce unemployment and raise living standards in the EU. This is the opinion of the participants in the Interparliamentary Conference on Stability, Economic Coordination and Governance in the European Union.

The two-day forum organized by the European Parliament and the National Assembly is the third event within the Parliamentary Dimension of the Bulgarian Presidency of the Council of the EU.

At the opening of the plenary session, Deputy Chair of the Budget and Finance Committee Evgeniya Angelova stressed that the state of finances in the EU member states is improving, the unemployment levels are falling below the pre-crisis levels. Facilitating the investment process and job creation are showing positive trends, but there are challenges that we, parliamentarians from the Member States, have to answer, she said.

The European Commissioner for employment, social affairs, skills and labour mobility Marianne Thyssen said: there is economic growth in all EU Member States, investment is recovering, record-high employment rates are being reached. At the same time, we have not completely overcome the effects of the crisis - government debt, corporate debt, household debt have not yet been eliminated, 18 million people are looking for jobs, she stressed. The aim of the European Commission is to ensure that renewed growth is inclusive and sustainable in the long term, to achieve convergence in the EU, and that our economies and societies are ready to face the new challenges, added the EU commissioner.

Already at the beginning of the European Semester in 2011, Member States showed progress in at least two-thirds of the recommendations, said Marianne Thyssen. She underlined that the key messages for the EU as a whole are: "It takes time for reforms to be implemented but we are on the right track." According to the EU Commissioner for employment, social affairs, skills and labor mobility, cohesion is recovering as an upward trend but differences between member states remain. Inequality grows, and if the situation remains unchanged, it will be a great challenge for our cohesion, Marianne Thyssen noted.

We must continue our efforts to make the social policy clear, financial policy to be directed at reducing government debt, to have investment and wage growth that will reduce inequality and ensure a high standard of living for our citizens, underlined the European Commissioner employment, social issues, skills and labor mobility. The EP and national parliaments of the Member States are vital partners for the dialogue in the second phase of the European Semester 2018.

I am glad to hear that European economies are recovering, gross national income is increasing, but I think we parliamentarians still have a lot of work to do, said Krzysztof Hetman, Rapporteur on the 2018 European Semester of the Committee on Employment and Social Affairs of the European Parliament. He stressed that attention should be paid to youth unemployment, which is more than 13 percent.

For 2016, only 2 percent of the European Semester's recommendations were fully met by the Member States, 3 percent were not fully met, and over 55 percent were either not implemented or poorly implemented, said Krzysztof Hetman. Sometimes it is said that part of the reforms are too ambitious for some Member States, so I think we need to set ambitious but feasible goals, he added.  It is undeniable that cohesion policy is a great tool to prevent these phenomena, and it must be maintained at the same levels as in the previous and current multiannual financial frameworks, said Krzysztof Hetman.

Hugues Bayet, Rapporteur on the 2018 European Semester of the Committee on Economic and Monetary Affairs of the European Parliament stressed that there is a gradual recovery of economic growth in the Eurozone. It is important to have a stable economic climate, to have jobs on offer, and to strengthen our competitive industries, he said.

The "Political Priorities of the European Semester 2018" is the topic of the discussion on the first day of the conference. The discussion is co-chaired by Roberto Gualtieri, Chair of the Committee on Economic and Monetary Affairs of the European Parliament and Evgeniya Angelova, Deputy Chair of the Finance and Budgetary Committee of the National Assembly of the Republic of Bulgaria.