The heads of delegations of the national parliaments of the EU Member States adopted a declaration, outlining the EU capabilities to handle challenges it faces, at the Interparliamentary Conference for the Common Foreign and Security Policy (CFSP) and the Common Security and Defence Policy (CSDP) 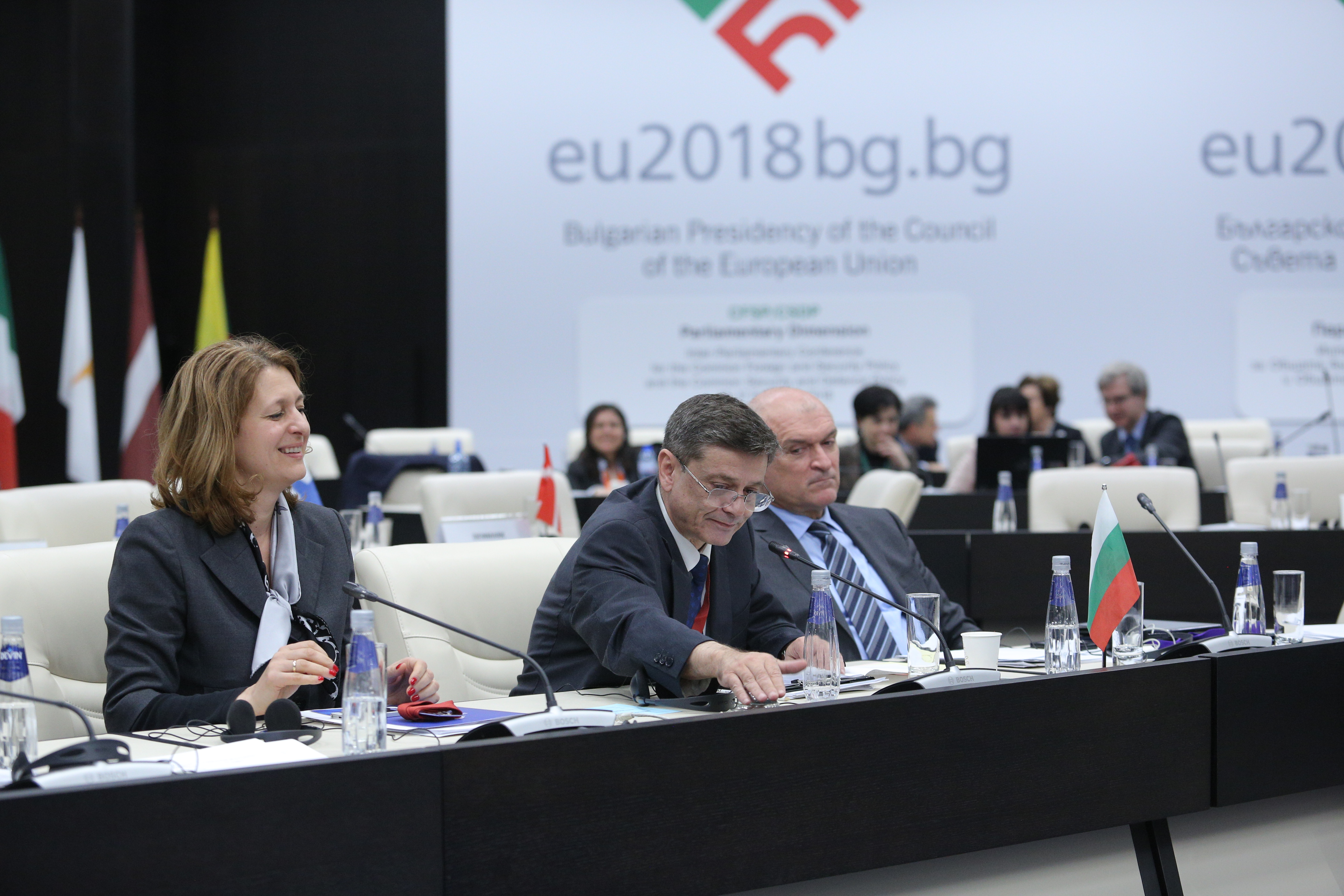 The heads of delegations of the national parliaments of the EU Member States adopted a declaration, outlining the EU capabilities to handle challenges it faces, at the Interparliamentary Conference for the Common Foreign and Security Policy (CFSP) and the Common Security and Defence Policy (CSDP). On 16 and 17 February 2018, the Foreign Policy Committee and the Defence Committee of the National Assembly hosted the forum that constitutes the second event of the Parliamentary Dimension of the Bulgarian Presidency of the Council of the EU.

The chairperson of the Foreign Policy Committee, Dzhema Grozdanova, emphasised that a clear message – that achieving a common approach in the field of foreign policy and ensuring the Union’s security is possible – has been publicised by adopting a final document.

The need of a strategic focus on Western Balkans has been acknowledged by the declaration, and the strategy of expanding the EU has been welcomed. The participants in the forum exhorted to reaffirm the European perspective of the countries within Western Balkans at the EU-Western Balkans summit in Sofia on 17 May.

The representatives of the committees on foreign policy and defence of the national parliaments of the Member States welcomed the creation of permanent structured cooperation in the field of security and defence.

The Chairperson of the Defence Committee, general Konstantin Popov, pointed out that useful and necessary discussion, which has disclosed the strategic vision of parliamentarians regarding the common foreign policy and the security policy, was held during the forum. ‘We have to look for and find a common solution to our common problems’, he said. ‘We clearly demonstrated that the priority of the Bulgarian presidency is to conduct active policy towards the countries of Western Balkans’, emphasised general Konstantin Popov. ‘We are of the opinion that their efforts concerning full membership in the EU and NATO deserve our support, their seats in the European family are booked’, he noted. ‘It is only their progress, however, in meeting the membership criteria that affects the time of their taking their seats in our common European home’, the Chairperson of the Defence Committee added. ‘The EU is taking serious steps for intensifying its policy and for establishing the Union’s defence potential by implementing the Global Strategy’, stated general Konstantin Popov. In his opinion, the strategic partnership with NATO and the cooperation between the EU and NATO should further the implementation of the Warsaw Declaration. ‘I believe that the conference achieved its goals, it provided a forum and a framework for exchange of information and good practices’, concluded the chairperson of the Defence Committee.

Prior to that, within the “State of Play of the Black Sea Region” session, the Secretary-General of the Parliamentary Assembly of the Black Sea Economic Cooperation (PABSEC), Asaf Hajiyev, pointed out that his organisation represented a unique opportunity for dialogue between the countries of the region. ‘The Black Sea constitutes a bridge between Europe and Asia, it connects Europe with a huge market, the Black Sea is a crossroad that may ensure deliveries of various sources of energy, there are established transport connections’, he noted. ‘And it is not energy and transport, but rather people of various religions, nationalities, and traditions who live in the Black Sea region and provide the real value thereof’, added Asaf Hajiyev. The Secretary-General of PABSEC emphasised that the countries within this region face a risk and the reason thereof is the fact that while one out of 110 people is a refugee globally, there is one refugee out of 60 people in the countries of the Black Sea region, and this ratio is even one refugee out of 9 people in some countries. ‘The solution is to be adopted by the international community that should exercise common efforts to respond to this threat’, underlined Asaf Hajiyev. He stated that PABSEC is going to continue to strive the Black Sea region not to severe, but to unite in the future.

According to Ivailo Kalfin, a special advisor to EU Commissioner Günther Oettinger and a former Minister of Foreign Affairs of Bulgaria, it is not in the EU’s interests to ignore the Black Sea region, because it could entail huge resources, if properly used, for energy, transport, communication. ‘If we want a shortcut to the East, it goes through the Black Sea’, added Ivailo Kalfin. ‘EU currently has different policies that overlap and are insufficiently effective’, he considers. ‘Our approach should be involving, we should work on matters that are important for us: energy, antiterrorism, transport, contacts between people’, pointed out Ivailo Kalfin. According to his words, a common platform could be found out with regard to these matters without excluding anyone. ‘I think that this is the way by which we should adopt our policies’, emphasised he. ‘We all want stability, security, and peace in the Black Sea region, but the problem is that various players probably consider stability differently’, Ivailo Kalfin also noted.

‘Each enlargement of the European Union enriches the regional perspective and the regional point of view of the Union’, said the Managing Director for Europe and Central Asia in the European External Action Service, Thomas Mayr-Harting. ‘The Black Sea Synergy Initiative appeared exactly at the moment when Bulgaria and Romania joined the European Union’, he noted. ‘This constitutes another proof that each new member of the Union does not only add their unique value, but the neighbours thereof also become neighbours of all Member States’, commented Thomas Mayr-Harting. 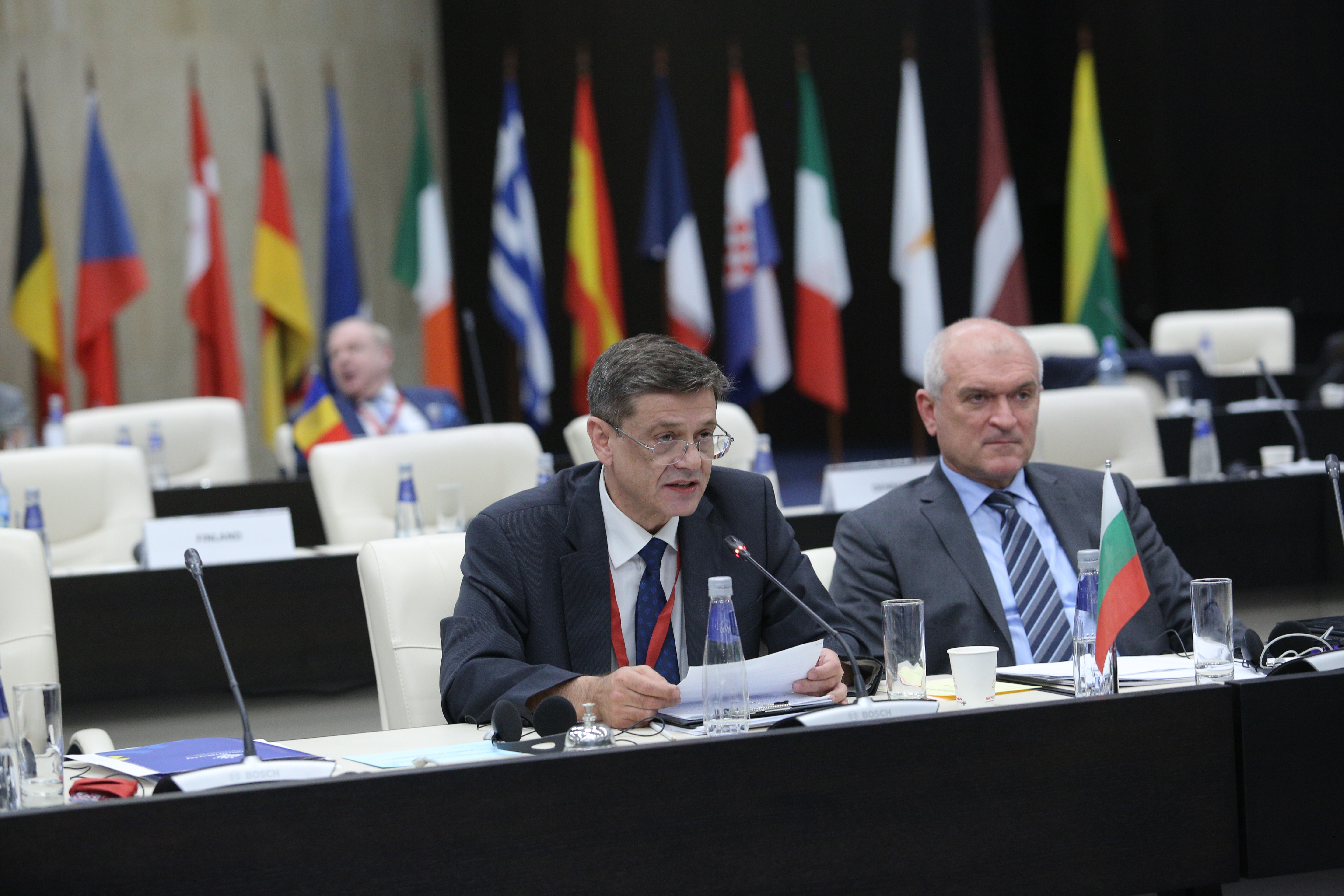 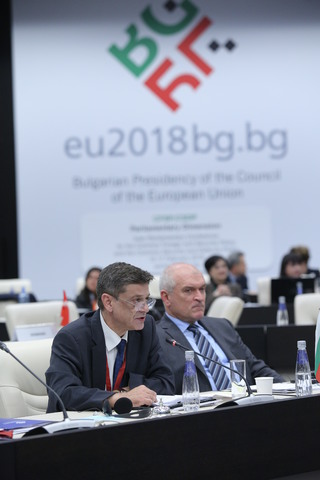 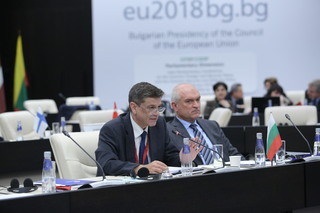 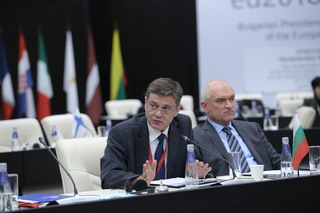 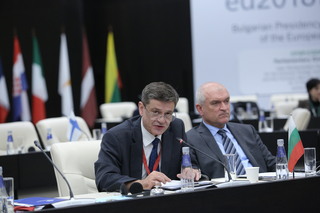 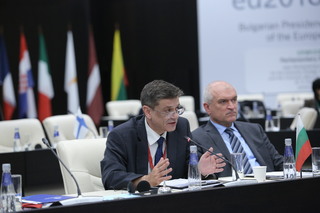 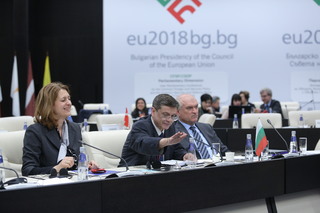 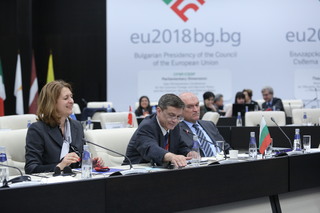 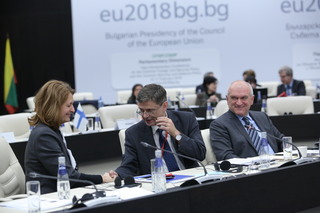 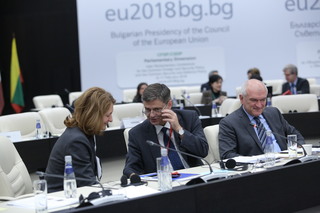 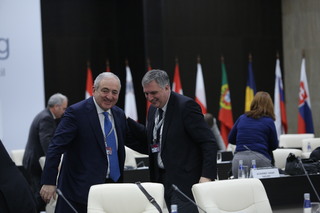 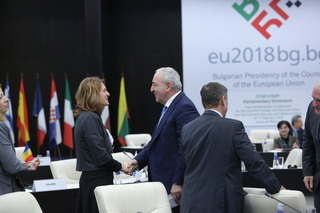 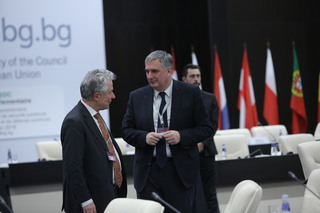 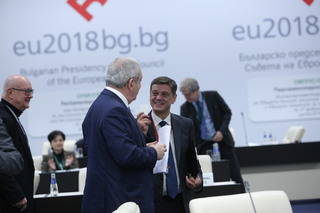 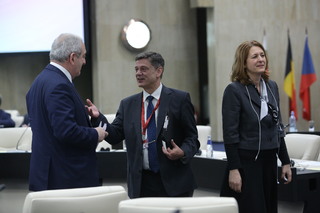 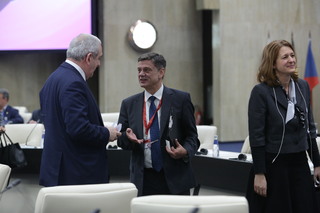 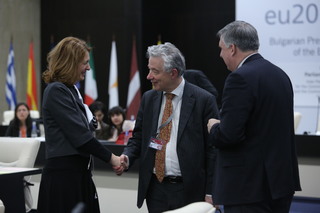 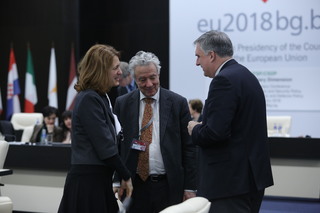